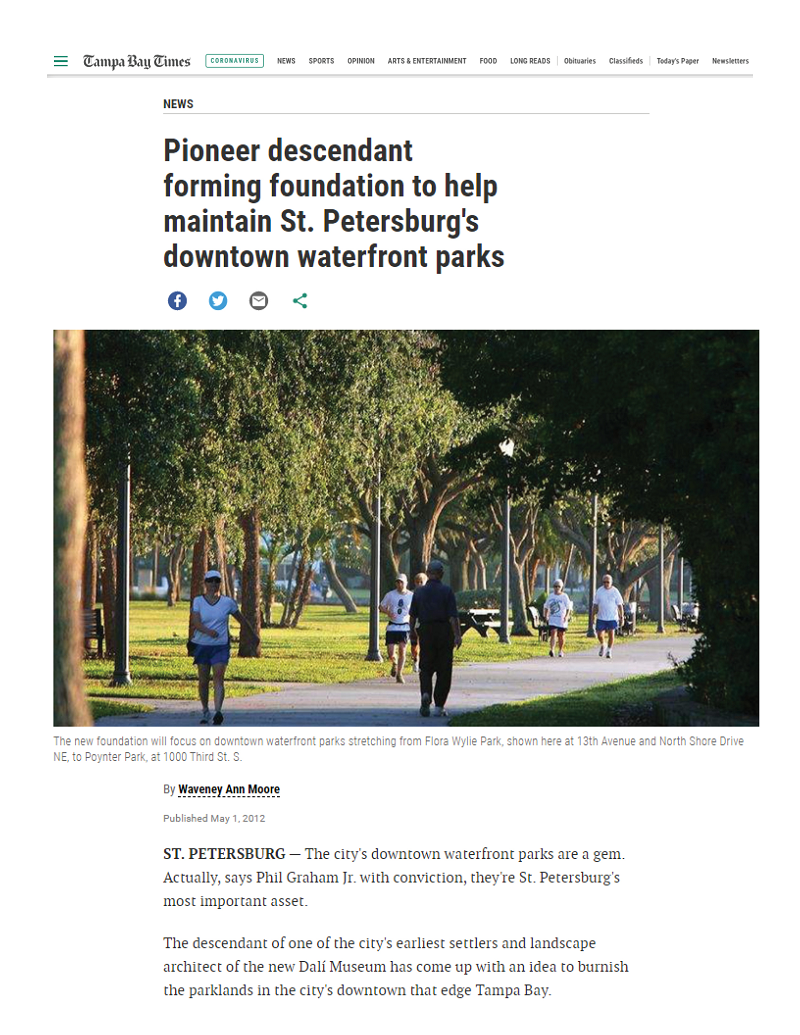 The descendant of one of the city's earliest settlers and landscape architect of the new Dalí Museum has come up with an idea to burnish the parklands in the city's downtown that edge Tampa Bay.

His proposal, to create a Downtown Waterfront Park Foundation that would provide supplemental funding for maintenance and improvements for the city's "cherished jewel," was presented a few months ago to the City Council's public services and infrastructure committee.