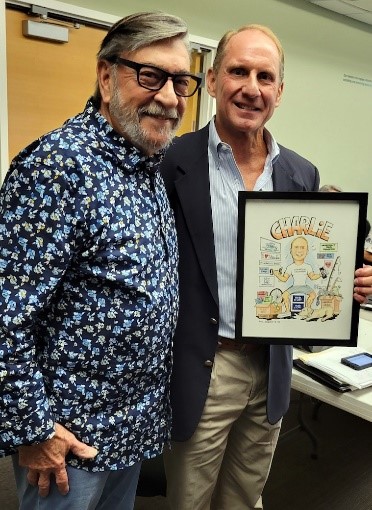 WPF Celebrates One of Our Own

After the April WPF board meeting adjourned, board members remained to propose a toast to founding Executive Board Member Charlie Osterholt, who recently retired from his career after 30 years as a Wealth Management Adviser with Merrill Lynch. Charlie was presented some fun gag gifts and an extra- special framed tribute illustrated by WPF Founder Phil Graham, Jr. who is known for creating caricatures for friends on special occasions.

We congratulate Charlie on his retirement from his career, and we are delighted that he will remain active as Secretary on the WPF Executive Board.