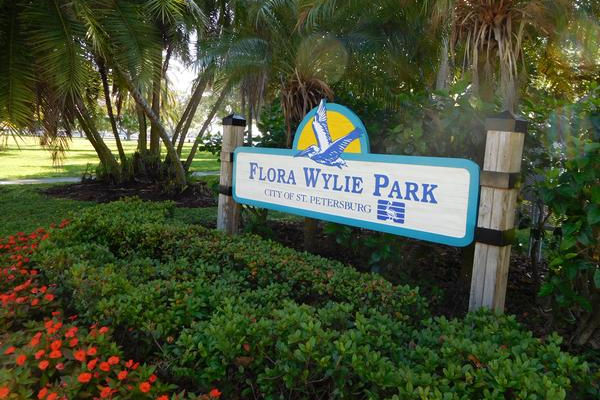 The park’s namesake, Flora Wylie, was the first woman to serve on St. Petersburg’s Planning Board in 1928 and was a founding member of the St. Petersburg Garden Club. She remained a huge proponent of the city parklands until her death in 1965.

As you head south along Coffee Pot Boulevard and round the curve along the waterfront onto North Shore Drive, the first park you experience which is under the protection of WPF is Flora Wylie Park, which extends from 18th Avenue NE (also known to locals as Vista Point) to 13 Avenue NE. 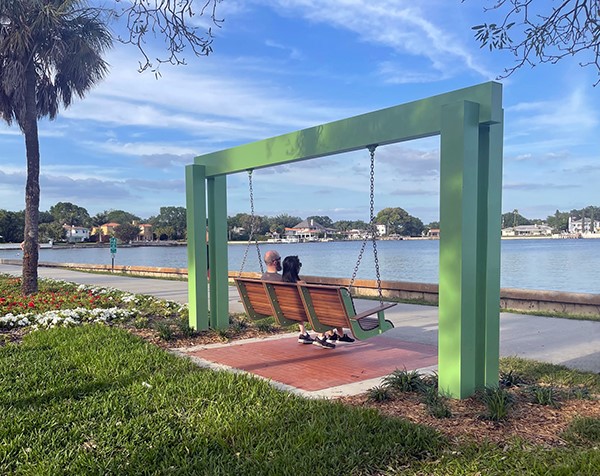 This prototype swing was created for park visitors to use to relax and enjoy the waterfront views from the north end of Flora Wylie Park. This project is a partnership with the Waterfront Parks Foundation and the City of St. Petersburg with funding provided by the Majeed Foundation.

The swing was designed by Phil Graham, Jr., Founder of the Waterfront Parks Foundation and retired landscape architect. Structural engineering and construction plan services were provided by Bill Reidy, P.E. of Advanced Engineering & Design Inc. Benjamin Mallet of Classical Architectural was engaged to fabricate and installation the swing.

The Centennial Sundial, designed by nationally-known St. Petersburg sculptor Eric Higgs, waits to be discovered at Vista Point on the north end of the park, and was commissioned as part of the St. Petersburg centennial celebration in 2010. (From the 1930s to the 1970s, the same location had been the site of previous sundials.) A wide recreation trail continues from Coffee Pot Boulevard along the waterfront, where joggers, bikers and skaters traverse. Open grassy areas invite impromptu soccer games, flag football, yoga and kite flying, and picnic tables and waterfront benches are often populated with visitors enjoying the vistas of Tampa Bay.

Thanks to the following sources for information related to this story: James Martin, Northeast Journal, http://northeastjournal.org/a-gem-in-our-midst/ and North American Sundial Society, http://www.sundials.org 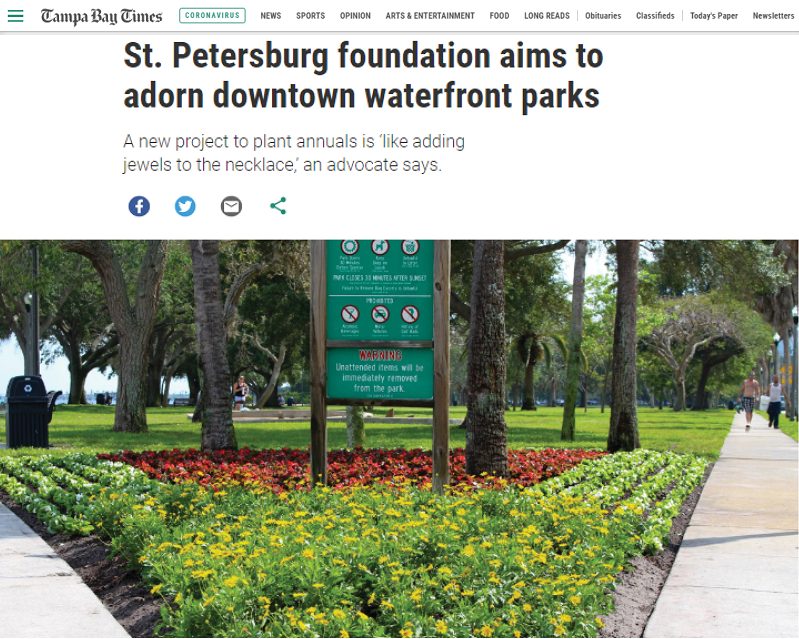 This flower bed planting took place in April 2020 at North Straub and Flora Wiley Parks in St. Petersburg, FL. It was made possible by a generous donation from the Majeed Foundation for multi seasonal plantings for multiple years.  Learn more at https://www.majeedfoundation.org/ 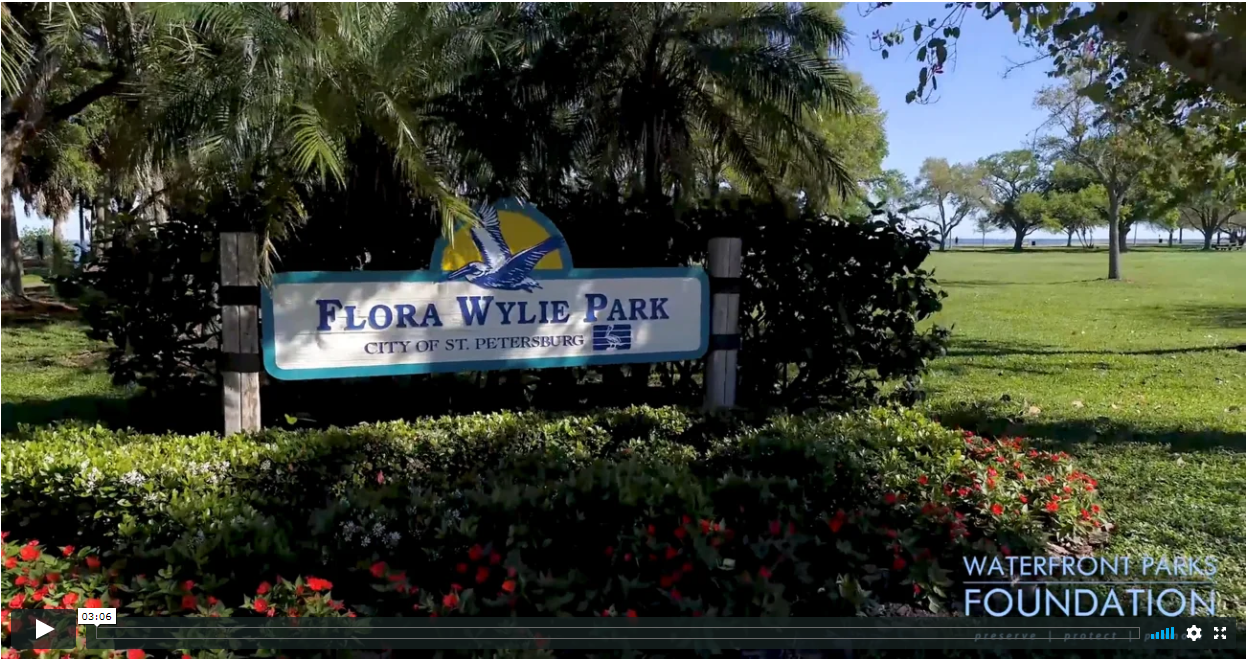 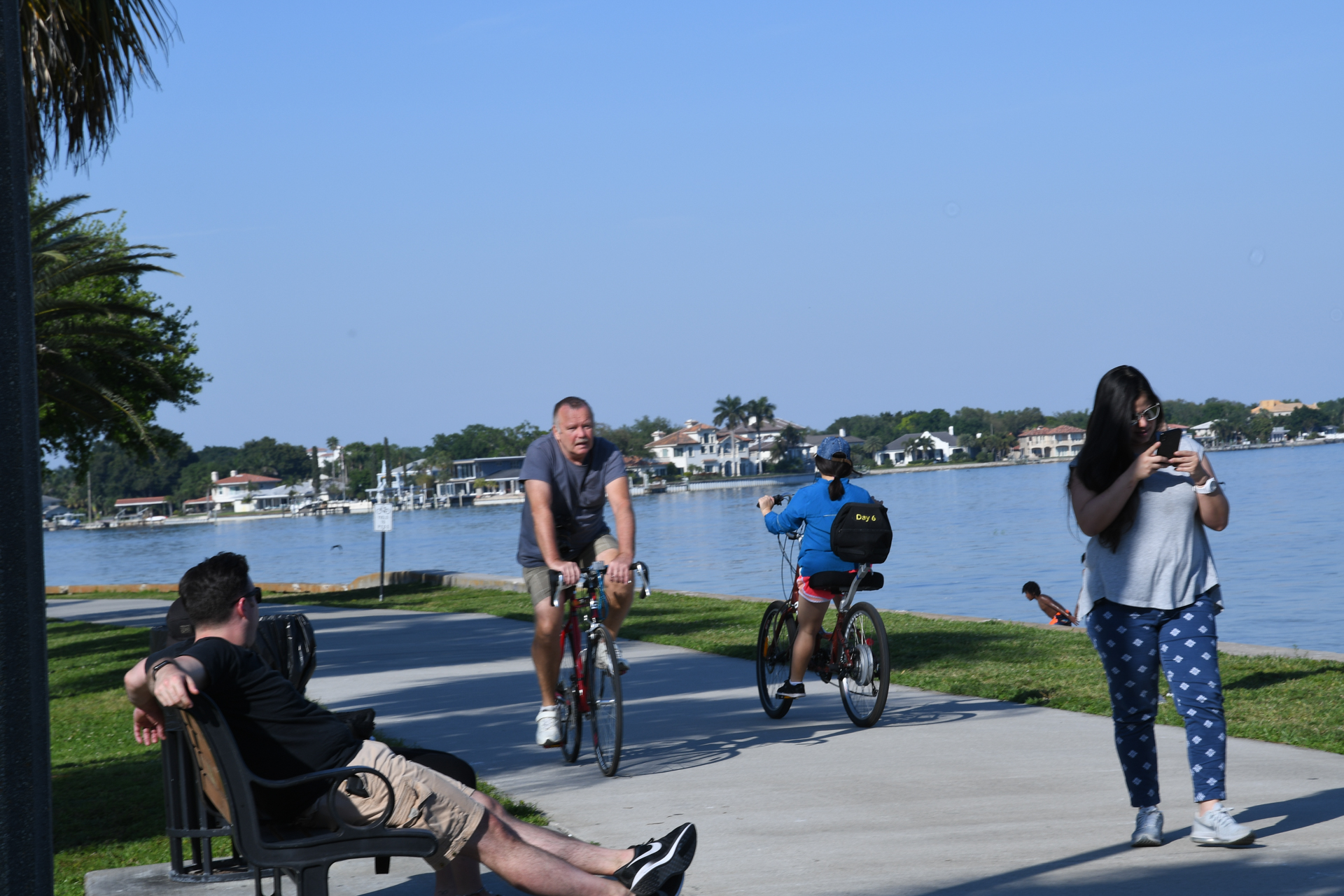 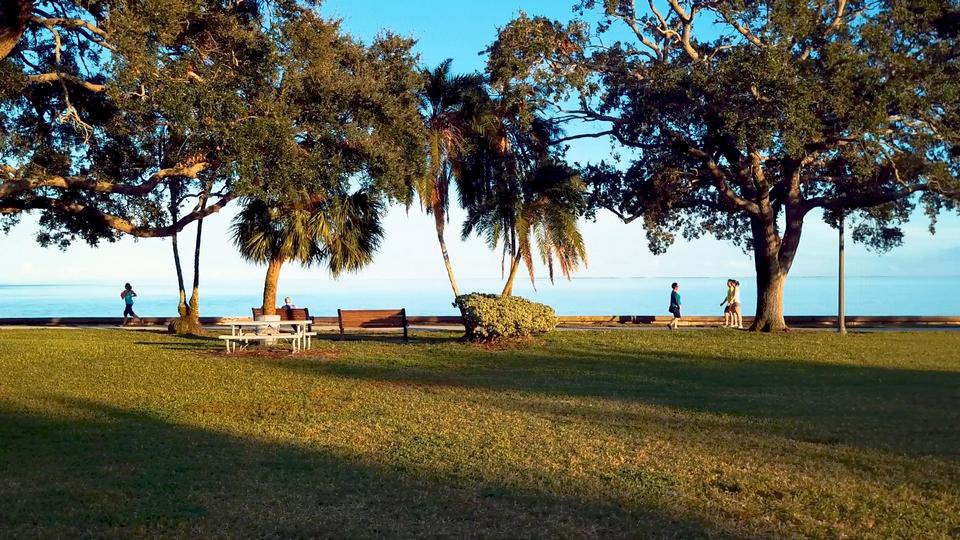 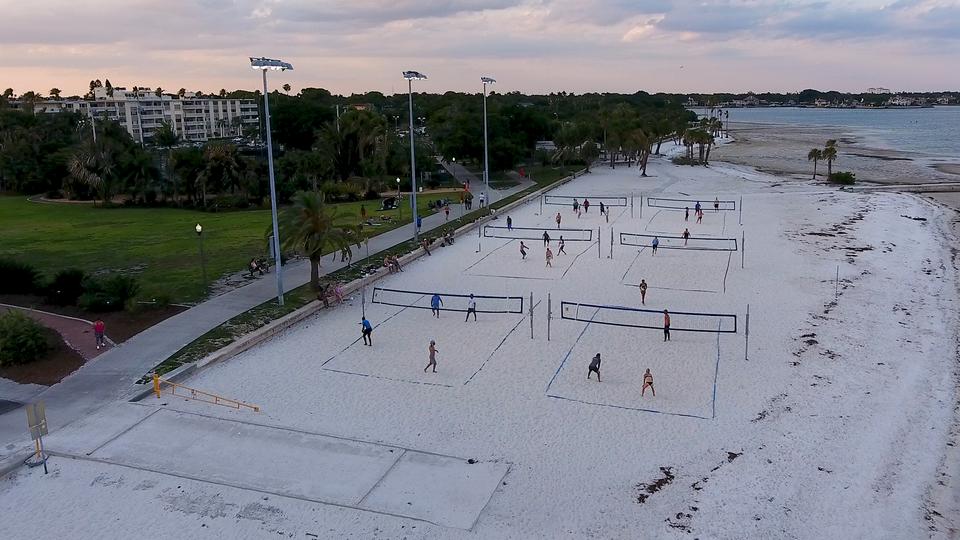 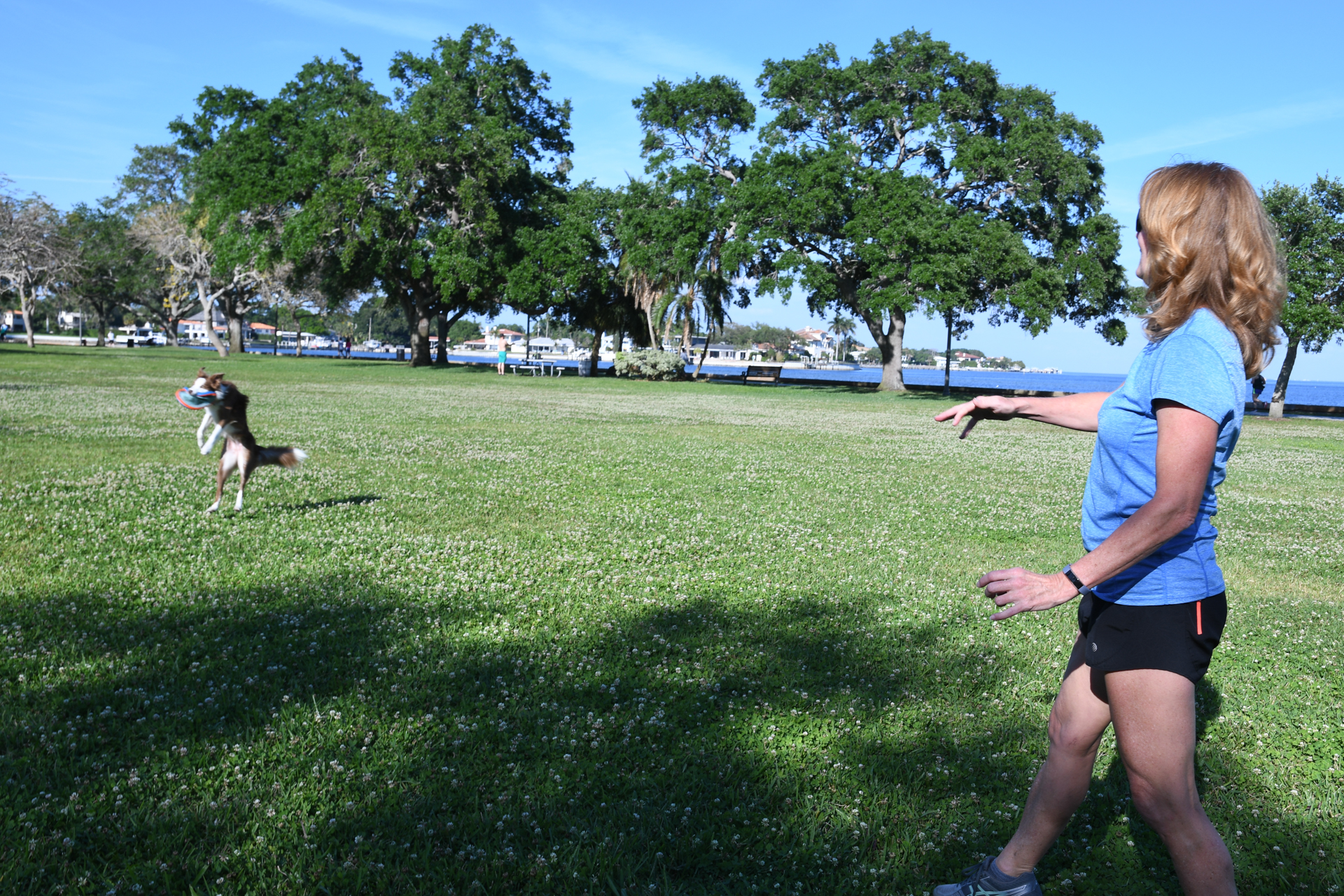 Image 5
CH#44997. A COPY OF THE OFFICIAL REGISTRATION AND FINANCIAL INFORMATION MAY BE OBTAINED FROM THE DIVISION OF CONSUMER SERVICES BY CALLING TOLL-FREE (800-435-7352) WITHIN THE STATE. REGISTRATION DOES NOT IMPLY ENDORSEMENT, APPROVAL, OR RECOMMENDATION BY THE STATE.
© 2023 Downtown Waterfront Parks Foundation
Website and Branding by